“Beautiful is the interaction between the tape and the beautiful soprano Keren Motseri, who knows how to give the melodies an emotion beyond the notes alone.”
Nieuw Ensemble, conductor Ed Spanjaard, Het Parool

The sopranos Nicola Wemyss as Orfeo and Keren Motseri as Euridice were outright top notch protagonists. Not only were their voices brilliant, they were perfectly cast. Motseri with her bright light soprano was the perfect innocent Euridice […] Euridice’s lament, when she realizes she will die without Orfeo at her side, is very touching
Orfeo by Rossi, Eindhovens Dagblad

The ensemble Quintus … and soprano Keren Motseri gave us a true hymn to love. […] Well served by the purity of the voice of the singer, each vocal offensive was followed by an instrumental piece, creating a subtle balance. […] the cantata Jauchzet Gott in allen Landen … allowed Keren Motseri to take the public with her in its vocal flights.
Her performance left the audience spellbound. Alleluia
Festival Bach en Combrailles

The singers were wonderfully cast for Dusapin’s machine gun of sound, which knows no mercy for the performers. You could hear the vocal trapeze work of soprano Keren Motseri.
Pascal Dusapin, La Melancholia, Holland Festival, Trouw

De Israeli coloratura soprano Keren Motseri for example, is powerful in her role as Vita
Wake with the Nationale Reisopera, Het Parool

Praise must go to the Israeli soprano Keren Motseri and the Slovenian mezzo Barbara Kozelj who intertwined their voices and swept each other to stratospheric heights
Jan van de Putte, Festival Dag in de Branding, Volkskrant

In the first part the voices of soprano Keren Motseri and Barbara Kozelj (wonderful singers) revolve around each other as lovers, without accompaniment, in an imaginative and melodious, really wonderful counterpoint. […] Motseri and Kozelj deserved an extra bouquet of flowers for their wonderfully accomplished performance
Jan van de Putte, Festival Dag in de Branding, Het Parool

“I am thrilled. Till now, I used to sing only early music in Israel,” says Motseri. “It’s a bit strange, since in Europe I divide my time almost equally between contemporary music and … 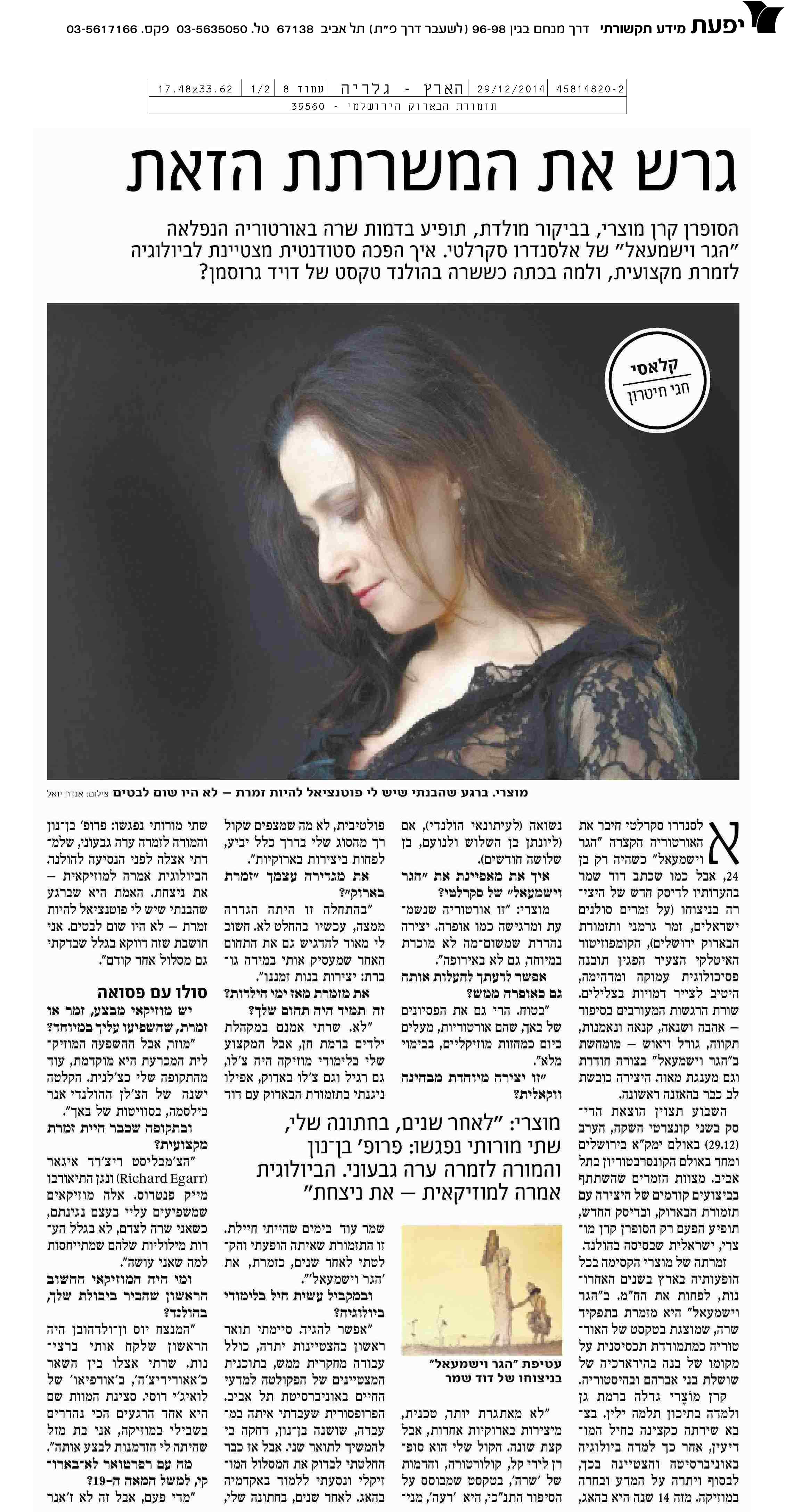 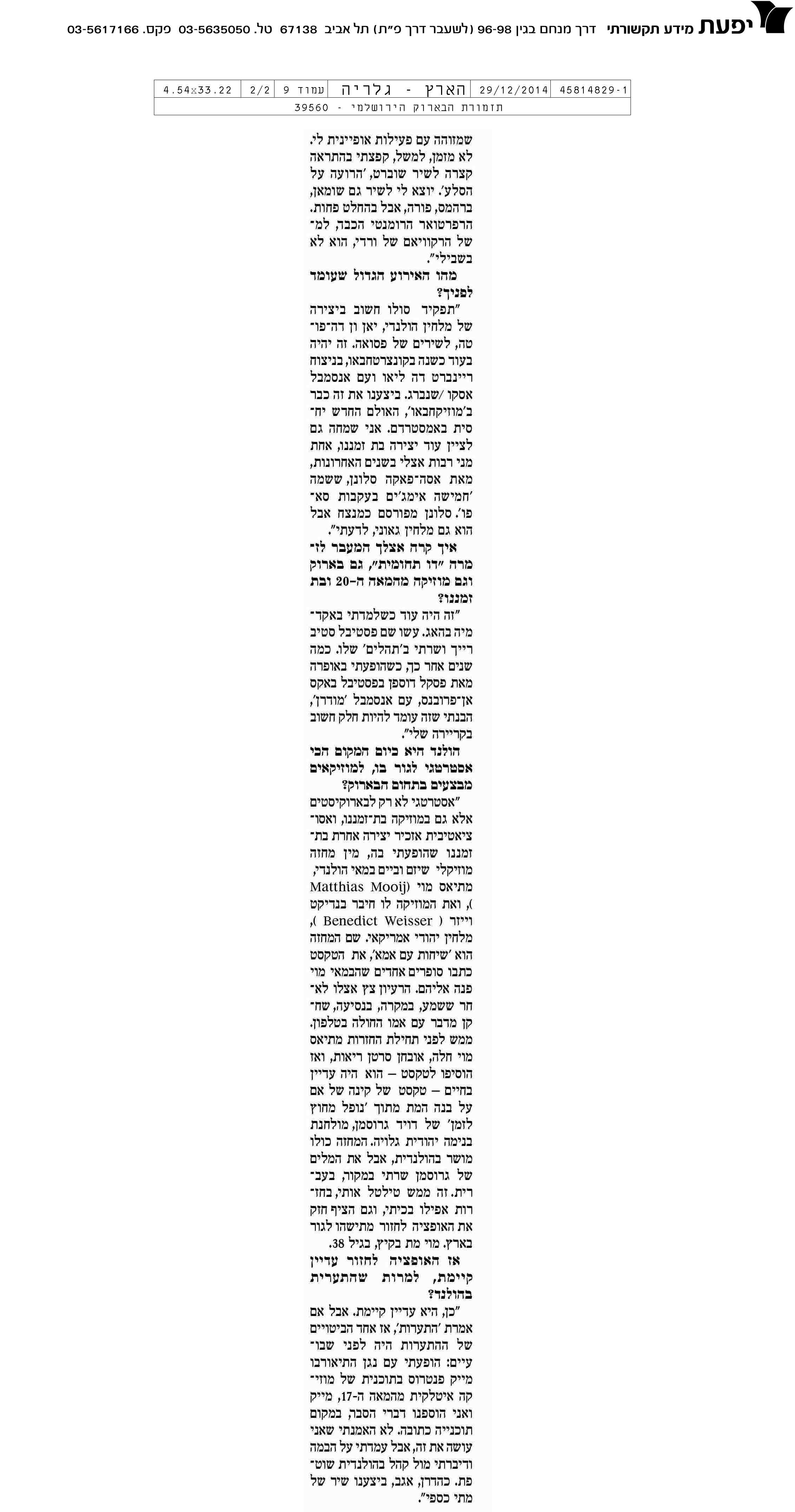